Rabbit On The Run!

Is this your rabbit? 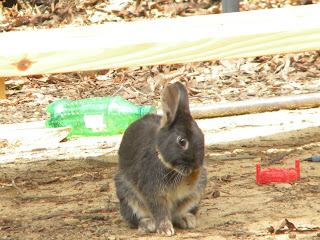 Look at this sweet grey bunny! He is a large fellow and has been hopping around Brad Street. He clearly is a domesticated bunny as he is tame. Grey Bunny is currently comfortably resting from his travels at the home of the Byrd family on Brad Street. If this is your rabbit please contact Beth Fedorko (the Brad Street Blogstress) at ehfedorko@peoplepc.com.

Posted by Elizabeth Fedorko at 5:43 PM No comments:

The Raymondale Civic Association, with continuing gracious hosting of the Nolan household, held its annual egg hint for the littlest residents! 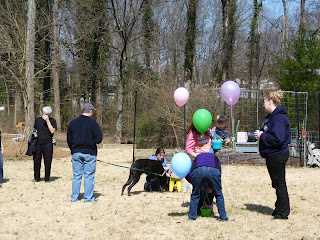 The Raymondale annual egg hunt has been held nearly as long as Raymondale has existed, since 1955! Although in 2013 the temperatures weren't springtime warm, but the sun was out and spirits were high and the hunt was on! Even neighborhood dogs got in the fun! 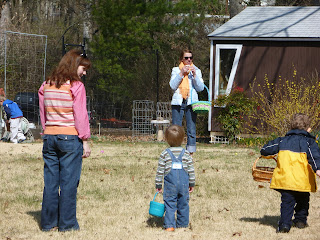 Some wee egg hunters were a bit overwhelmed while others tried to score as many of Peter Rabbit's hidden treasures as possible! 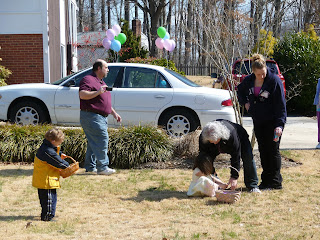 Parents, Grandparents, and Great-grandparents joined in the fun too! Raymondale is so fortunate to have so many generations as well as original residents who can tell you what the neighborhood was like over 50 years ago! 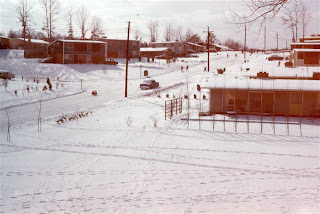 For fun, here is a photo taken near the corner of Brad and Dye in the late 50's/early 60's! Look at how young the trees were back then, the same big trees that now give our neighborhood a tranquil shady feeling. 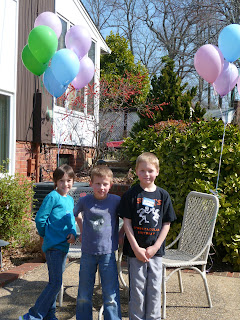 But back to the egg hunt! This happy trio were such great helpers to the little ones! They hid the eggs for all of the wee 6 and under crowd to find them! Cheers to another fun and wonderful Raymondale Egg Hunt!

Posted by Elizabeth Fedorko at 5:33 AM No comments: